I’m doing it – in an actual ‘joined weightwatchers’ kind of a way. Like someone who should have a fridge like this image, and not one with seven kinds of cheese and a family sized bag of mini mars bars.

In my old life – the one where I was married and stuff – I was significantly chunkier than I am now; I managed to lose over a stone with no effort in the aftermath of being not-married-any-more and then I decided that, actually, I rather liked exercising and was going to the gym at least three times a week, working with a personal trainer to get back the strength and health that I’d had before I had my kids. In the olden days, pre-parenting me was proper skinny, like a thin person, with a six pack, and did a lot of running…having children broke my body and I’m not allowed to run any more, so I found alternatives with my trainer at the gym!

I was doing a Pilates class once or twice a week on top of my 90 minute sessions, and walking a lot, so unsurprisingly I lost even more weight. I ate reasonably well, eating healthy meals with lots of fresh ingredients, but still over-indulged regularly – but because I was exercising a lot the over-indulging didn’t show much, and I was gradually shrinking – I’d gone down from a size 18 (in generous fitting clothes!) to a 14 and was hoping to make it to a 12 by the end of the year.

But with the stress and so on of all the changes in my life, my body started playing up. I’ve suffered for my entire adult life with *cough* “Lady Problems” – endometriosis and PCOS, the former being more of an issue for me than the latter, and a long-latent diagnosis of M.E. that I like to pretend doesn’t actually count. Only it turns out that, when you’re really stressed and your innards reach peak rebellion, M.E. likes to join in the party too. This just meant I had to add ‘napping in the afternoon’ to my busy schedule, and take it easy at the gym here and there, but the endometriosis went wild, and after a few months living on huge doses of codeine and other cocktails that turned me into a barely coherent zombie, I finally got a date for some exploratory surgery to see if they could shoot lasers at my insides and make things better.

Being me, I thought this op – one I didn’t even have to stay in hospital overnight for – would be a breeze, and I’d be back on my feet within a few days.

The wounds were small – but they went all the way into my insides, and when they tell you to take it easy they apparently don’t mean to vacuum the stairs, or mow the lawn, because that will burst your stitches and see you having sheepish conversations with nurses.

Anyway – moving this story on a little; I couldn’t go to the gym. I could barely move around my own house. My health got worse, my pain increased, my mood dropped to the bottom of a big black pit of woe-is-me, and all that healthy eating of freshly cooked foods with actual ingredients I’d been doing went down the pan – and I crept back away from the edge of a size 12, back up to a 16, and am now edging back higher after a festive period in which I tried to personally consume the entire cheese supply of the whole of the UK.

Enough is enough! I might still not quite be up to the 90 minute strength training sessions I was doing, and I definitely can’t touch my toes right now (or, you know, see them…) but I can do better than I’ve been doing, and I can take better care of what I’m putting into my face hole.

So I joined weight watchers. I had a tantrum about it on the phone to the man who puts up with me, who told me to grow up and have a banana, and I worked out what my target is, what I need to do to get to it, and made a BLOODY MEAL PLAN for the week.

But I’ve done a day, I’ve not murdered anyone, I got to eat fish twice AND had breakfast (which I basically never do unless it’s in a hotel and I’m hungover) and now the kids are asleep I can relax with a snack – I saved some points from the day to allow myself a mini packet of Cadbury animal biscuits (22g, 4 points!) which I’m washing down with herbal tea and some trashy TV on my laptop.

In another few months hopefully the constant to and fro to the doctors will mean I’m actually not in pain, I’ll stop bloating up like a blowfish every time my uterus wants to remind me it’s there, and I’ll be back in the gym, and back in those very fetching new jeans thinner me bought and rapidly ate my way out of. 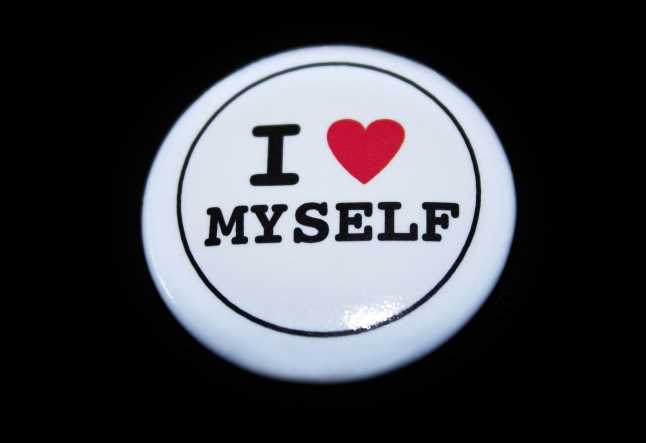 I run on caffeine